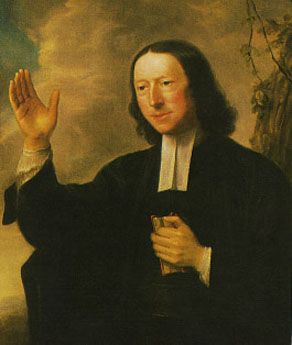 The first Methodist preacher to visit Lisburn was the Revd George Whitefield who visited the town in July 1751. John Wesley first came to Ulster in 1756 when on Thursday 22 July he preached in the market-house in Lisburn.

Among the first to embrace Wesley’s teaching were Mr and Mrs Hans Cumberland, ‘a decent, worthy couple who kept a bakery’. They opened their home to Wesley and his preachers and as a centre for the preaching of the Gospel. That marked the start of a Methodist society in the town.

Wesley visited Lisburn regularly, once every two years. On a visit in 1773 he met Mrs Henrietta Gayer, wife of the Clerk of the Irish House of Lords, who became a devoted follower. Two years later, in 1775, he visited her home at Derriaghy where he became seriously ill. Prayers were offered that, as in the case of Hezekiah, his life would be spared for another 15 years. Wesley in fact survived for another 15 years and eight months. In June 1887 he visited Lambeg House, now called Chrome Hill, the home of Mr and Mrs Gayer’s daughter, Mary Wolfenden. In the grounds of this house, near Lambeg Parish Church, are two beech trees which have grown together as one. It is said that as saplings they were intertwined by John Wesley who did so in order to demonstrate his hope that the Methodist Church and the Church of Ireland would eventually unite. More than 200 years later in September 2002 the Covenant between the Church of Ireland and the Methodist Church in Ireland was signed at Chrome Hill.

As the plaque in the vestibule of Seymour Street Church indicates the first Methodist Church in Lisburn was opened in 1772, mainly through the instrumentality of Mrs Gayer and a local preacher called John Johnston. This building, now the Christian Workers’ Hall in Market Street, served the Society for over 100 years until it was replaced in 1875 by the present building in Seymour Street.

Following John Wesley’s death in 1791, the Methodist Church he left behind began to fragment, mainly over whether Methodist preachers might administer the Sacrament of Holy Communion and the role of lay people in church governance. Methodists in Lisburn were no strangers to this controversy. In 1795 a memorial (resolution) was sent from the Lisburn society to the Irish Conference requesting permission to administer the Sacraments. Conference replied that it was ‘not expedient to grant this request.’ When, three years later, 32 leaders of the Lisburn Society sent a further memorial requesting that there should be lay representation on  the governing body of the Church this was too much for the Conference who decided unanimously ‘to reject the plan of (lay) delegates in whatever shape or manner it may be proposed.’ Clearly the Lisburn members were regarded as upstarts and trouble-makers as they were expelled from the Methodist Church in these words, ‘We can on no account have any further connexion with you.’

Those expelled formed a new society and became affiliated to the Methodist New Connexion in England, a splinter group from English Methodism who had the same concerns that had been expressed by the Lisburn leaders. This branch of Methodism flourished in the Lisburn area with meetings being established in Broomhedge, Ballinderry, Ballyskeagh, Priesthill, Moyrusk, Englishtown, Moira and Halftown as well as in Lisburn itself. Later, when it was decided that under certain circumstances Methodist preachers could administer the Sacraments, further fragmentation occurred when those opposed to this arrangement formed the Primitive Wesleyan Methodist Church . These three branches of Methodism – Wesleyan, Methodist New Connexion and Primitive Wesleyan – continued to exist alongside each other in Lisburn until 1878 when the Primitive Wesleyan Society was amalgamated with – probably absorbed into – the Wesleyan Methodist Church in Lisburn. Later, in 1905, the Methodist New Connexion ceased to function and its churches, such as Priesthill Zion and Broomhedge, became part of the Methodist Church in Ireland.

The present Seymour Street Church building was built and opened in 1875. Shortly afterwards a manse was built on the adjacent ground. Seymour Street National School, under Methodist control, was opened in July 1886. It proved too small and it was replaced in 1908 by the William Foote Memorial School, endowed by Mrs Archibald McAfee, a widow of Bow Street, in memory of her brother. The school continued to operate until 1966 when it was replaced by the Forthill Primary School on an adjacent site. The William Foote School building was handed back to the Church, from the Education authorities, at that time and served for more than 30 years as a suite of rooms for various church activities. Many renovations were undertaken but the old building was never totally satisfactory and maintenance proved very costly. In May 1999 the William Foote Building was demolished and a fine new suite of buildings replaced it in 2000.

In the 1980s and early 1990s Seymour Street Church was faced with the problem of overcrowding – attendances at Sunday morning services were so high that chairs had to be placed in the aisles, with consequent safety concerns. At the same time the Connexional Church Extension Committee urged the circuit to consider planting a new church in the rapidly growing area of west Lisburn. There were various problems about obtaining a suitable site, not least because all building in the area was suspended following the sectarian murder of a workman. Eventually a site was secured on the Knockmore Road and between 20 and 30 members left Seymour Street and became the nucleus of the new Trinity Methodist Church which was opened in March 1995. Although there was an initial decrease in the numbers attending Seymour Street there has been a steady influx of new members whilst Trinity has a regular Sunday morning attendance of over 150 people.